Given that July produced the hottest day ever recorded in the UK, I was prepared for some pretty gloomy catch returns for the month, which always produces a post-Mayfly slump. But I was wrong! For takeable brown trout we were over 30% up on July 2018, with a total of 197, and also up on both under-sized (wild) fish and grayling, albeit to a lesser extent. However that is not to say that it was easy – I quote one brave comment: “Fished from 1015 to 1815 with just one rise to my fly”. Absolutely full marks for effort, and I hope the frustration did not ruin the pleasure of being by the river, but I truly think that if that rod had been able to start at 1815 and fish until dark it would have been a different story – which is borne out by other comments. The warm, still evenings produced some good hatches, including BWO which is becoming increasingly rare, and it is clear that the bigger, street-wise fish were reluctant to move out of cover in bright sunlight, only doing so towards dusk.

I am glad my tip of the small elk hair caddis last month worked well for some rods. I attach a photo below of this in case anyone else is interested. (Please click the image for a larger view) 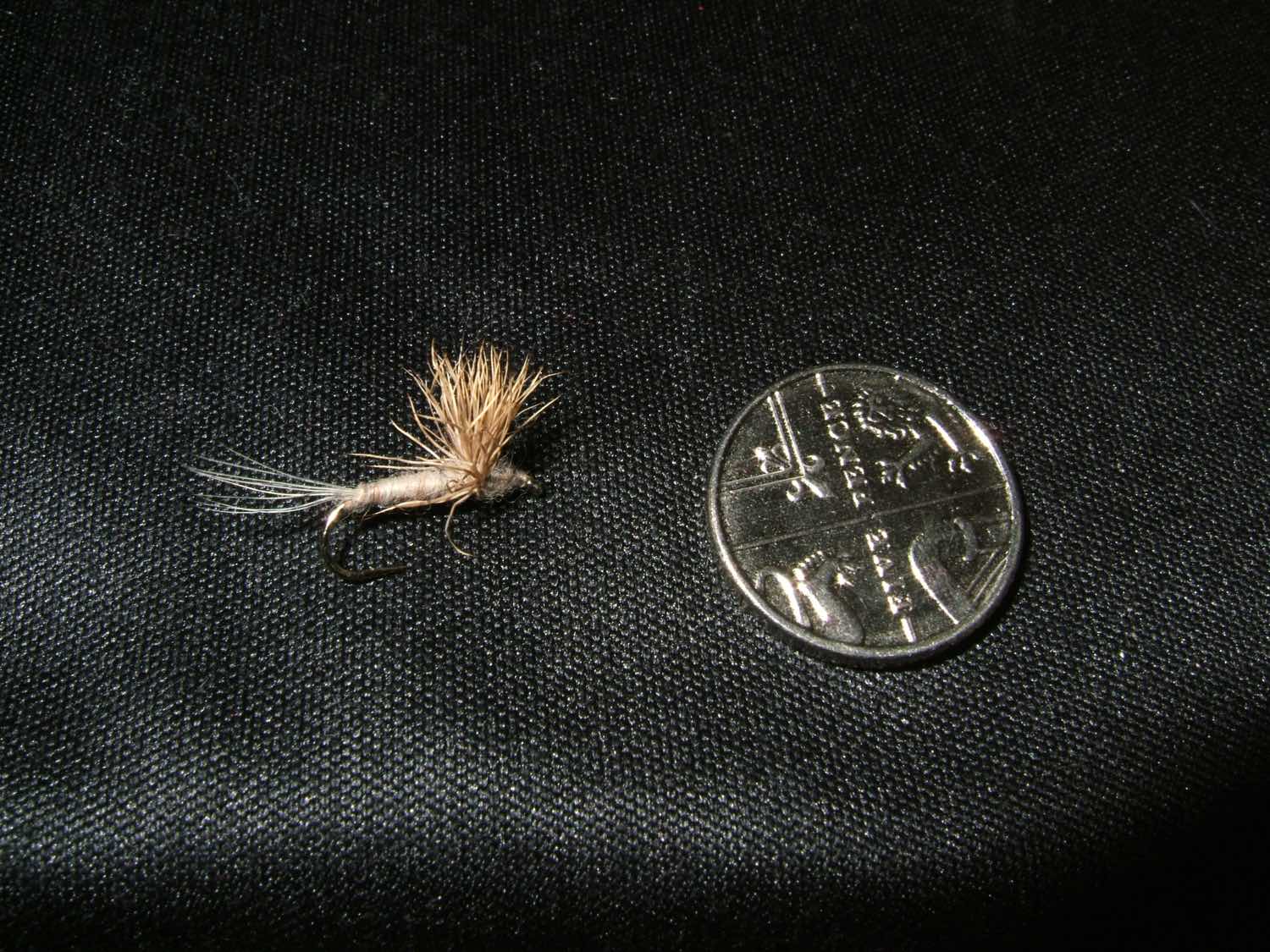 Given the high air temperatures, I was naturally very concerned for our stock fish, as I have seen too many disasters in those hot conditions over past years. I had to work hard to keep a well oxygenated flow moving through our main stock pond, where once again the de-silting work we did a few years ago has paid dividends. At the height of the heat wave there was only one degree difference between the inflow at 17C (63F) and the outflow, so I do not think that the stock fish were unduly stressed. The inflow temperature, incidentally, is the same as the main river so it is not surprising that fish were often uncooperative during the day.

Some of you will have noticed that I had to take advantage of the short permitted window in July to do some further weed cutting upstream of Choulston bridge (Reach 6), which I hope has made that stretch less challenging. I also tried to chain-cut the slack, impounded stretch upstream of the Stonehenge Brewery (bottom end of Reach 4) but there we were completely defeated, as there was simply insufficient flow to move the cut weed. So that will remain a sanctuary area for big grayling until the weed dies off in the autumn.

Despite the success of some of our rods there is no doubt that the river is quite exceptionally low, indeed as low as I have seen it. As I predicted some months ago this will cause bank collapse in places where the undercut is severe, as one or two of you have already mentioned in your comments. There is little I can do about this until late autumn, so do take care when walking the bankside path. This is most noticeable on Reach 13 (opposite Avon Springs and Durrington) where the farmer has ceased to graze the meadow and allowed the fence to become derelict. We will be discussing this problem in committee at the end of the season, but meanwhile, that Reach remains very underfished and extremely challenging other than for the truly agile wading addicts!

Lastly, thank you for two vivid comments in the catch returns: who else has seen a sparrow hawk chasing a kingfisher up the river, and who else has had their hard-won fish knocked on the head and carefully concealed in a damp bass on the bank only to return to find that the otter got there first!

Good luck for the rest of the season – it can only get better now....