Without any doubt this has been the most extraordinary season that I have experienced in my time as Keeper here. We lost our fishing for the whole of April and half of May due to the Covid lockdown. For the same reason the Environment Agency announced that they were unable to extract cut weed from the river at the Salisbury boom site: apparently the social distancing regulations prevented the installation of the boom itself. This decision brought about a weed cut ban on the Upper Avon, because it is illegal to permit cut weed to drift downstream of fishery boundaries unless it can be extracted and disposed of in an approved manner. The resultant uncontrolled ranunculus growth caused a widespread reduction in the amount of fishable water, which you will all have experienced. I am afraid this led inevitably to over-crowding on those reaches that were accessible, and I must thank all those members who exercised tact and tolerance towards their fellow fishers! There was also a frenzy of frustration from upstream riparian owners whose fisheries suffered from the back-up caused by weed growth in our top beats. We did our best to placate them by lifting the hatches at the Haxton brewery, but this made no difference other than ruining the fishing on Reach 4 which lost most of its depth. It also forced the tenant farmer to fence the east bank meadow, thus losing us another fishable bank.

On top of all this of course, we experienced some glorious Mediterranean weather in spring (we missed one of the best Hawthorn hatches I have seen), while similar tropical weather in mid-summer, post-lockdown, brought an influx of “wild swimmers”, dog walkers, boaters, and poachers. I enjoyed the very restrained remark in one of your catch returns from a rod who sensibly wanted to fish the deep water of Figheldean mill pool (now fenced off to prevent a surge in anti-social behaviour) but was thwarted by “...a couple of mature ladies having a dip...!” – generously he did not disturb their enjoyment but moved on elsewhere. But sadly this lovely weather also compounded the weed problem as water levels dropped and flows tailed off. So, on the face of it, summer 2020 was not a happy picture.

But as we all know, lock-down was lifted to coincide almost exactly with the emergence of the first Mayfly in another wonderful hatch that started early and lasted right through to the end of June (indeed one rod caught a fish on a dry Mayfly in September!). Despite the late start the catch returns have revealed the most extraordinary result. We have broken through the 2000 ceiling for takeable brown trout for the first time, producing an all-time record for the season of 2106 fish – which exceeds the previous record set in 2017 by a huge margin (540 fish). Our undersized (wild) trout have remained stable at 589 – a little down on last year but perfectly satisfactory and to be expected, given how much of the river has been left untouched.

There are a number of reasons for this unexpected increase in takeable brown trout catches. The most obvious is that I achieved a good result from the rearing system last year, and I must pay tribute to the Management Committee who so strongly supported the improvements to the stock ponds. The earlier de-silting operation and the (expensive) installation of otter fencing and anti-heron/cormorant wires, meant that mortality of reared fish was negligible. I was also forced to concentrate the stocking on those reaches which I knew would remain fishable throughout the season, while disregarding the weedy, unfishable water. A lot of our members had more time on their hands to go fishing, too, due to the impact of the pandemic – so those popular reaches were subjected to quite intense fishing pressure throughout daylight hours.  Furthermore, 48% of our takeable trout were returned, many presumably to be caught again. Finally, the recent gradual shift in emphasis from dry fly to nymph (largely a result of the universal decline in small up-winged fly), together with a relaxation of the wading rules, have also undoubtedly improved success rates. All that said, please do not expect a similar result every season: there are an awful lot of things that can go wrong....! And perhaps we are making chalk stream fishing too easy?

Incidentally we are working with the Wiltshire Fishery Association to see how we can avoid a weed cut ban next year if (as now seems likely) social distancing regulations continue to prevent the Environment Agency from operating their Salisbury boom. 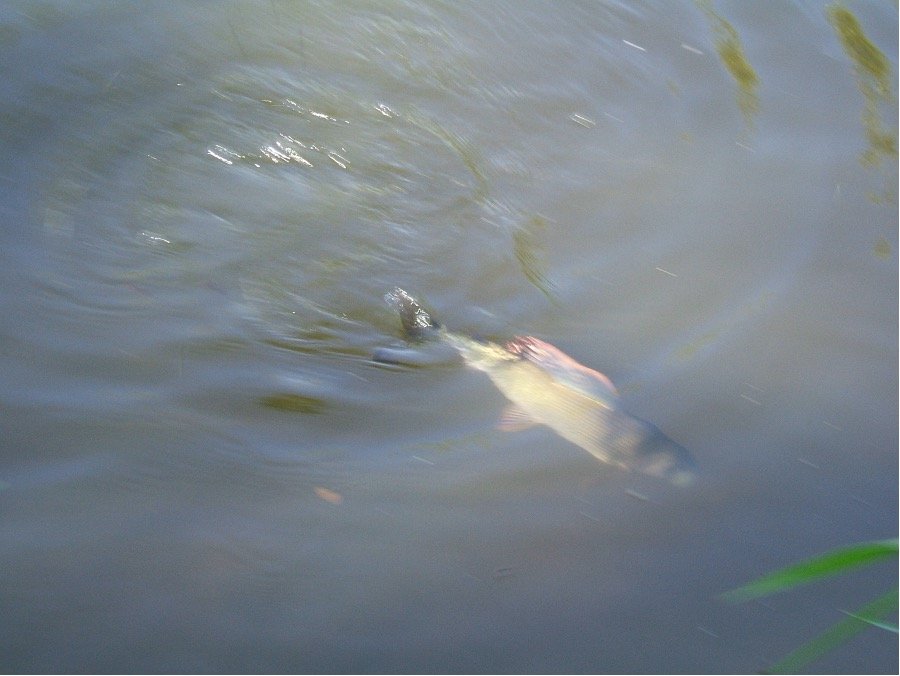 Our grayling too, have fared well with a return of 1720 this season. This is a relief to me as I know there have been concerns in the Avon catchment about a grayling decline, and our figures were down as low as 479 in 2012. Interestingly there have been very few reports of large grayling: on the whole they seem to have been around the ¾ lb mark or less. But smaller grayling all prefer the faster flows, while the serious fish lurk in the deep, quiet stretches. Because the focus of our restoration work has been to improve flow rates in those deep areas (for example the bed raising work upstream of the Gated Crossing and on Reach 10) it can perhaps be argued that we are reducing the habitat for large grayling which have always been a much under-sung strength of our fishery. But we have 6 miles of river, and anyone with knowledge of the water will know of likely places to hold a specimen fish.

With that in mind, autumn is upon us, and the best of the grayling fishing. Please do not send in catch returns for grayling, except for any specimen fish. Please measure these accurately (plus a photo if possible) and e-mail the Secretary with the details, which he will pass on to me. I hesitate to give advice, as the keen grayling fishers among you will probably know it all already – but remember the “trouting rules” no longer apply: you can fish downstream if you wish, with droppers (a suspended nymph behind a buoyant dry fly works, as do strike indicators), the heavily weighted Czech nymphs are certainly permitted and are probably the best bet for a big fish, while old-fashioned spider patterns fished across and down with a natural drift (no drag) can also be useful. And weather is not a factor – you can do as well in wet and windy conditions as you can in golden autumn sunshine. But remember that if you do want to eat a grayling, the EA rule is that only 2 fish per day between 12” and 15”may be killed.

While on the subject of autumn and winter fishing, I am quite happy for anyone to fish for pike during the close season for trout, other than opposite the Avon Springs fishery on Reach13. If you fish a pike fly (now becoming fashionable) there is no need to inform me, but if you intend to spin or dead-bait then please give me a ring to tell me where you will be fishing otherwise you will probably be reported to me as a poacher. Please do kill pike below 6lbs – these are the fish that predate our trout, particularly the small jack pike – killing bigger pike is optional (we are told that their preferred meal is a smaller pike: a street-wise wild trout is too much effort for them unless it is a sick or injured fish). But if you want any advice on either pike or grayling fishing, by all means give me a ring.

Some of you will have noticed the work that the Wiltshire Wildlife Trust has undertaken in September, upstream of C Crossing. We are extremely grateful to them for providing the volunteer labour and arranging the grant aid to undertake this work, which has certainly improved yet another over-widened stretch. I was sadly unable to help them in the work as my time was entirely taken up with the very big project we have in train at Corfe End Lakes. The removal of vast quantities of reed, together with a mass of silt and underwater reed rhizomes has now been completed by a Pewsey contractor, leaving the site looking rather like a World War 1 battlefield. We have had to sacrifice the top lake to be a dumping ground but as that lake has never fished satisfactorily, this was a welcome solution to an otherwise impossible disposal problem. We believe the site will heal up quite quickly once spring growth starts and hopefully will be on song for early rainbow trout fishing in the years to come.

On top of the other problems this season, we experienced two car break-ins – both at the Gated Crossing. That is not a surprise: it has happened there before, because it is on the back road and not overlooked. However a canny farmer has provided a VRN to the police which we know is being carefully followed up. Meanwhile I have heard that at least two of our members have had their permits and fishing licence checked by the police. We should welcome this, as poaching does seem to be increasing and any deterrent is good news. Probably the best news, however, is that a poacher at the Choulston bridge mill pool was so pleased with his bag of trout that he took a “selfie” which he placed proudly on Facebook, where it was picked up by a local councillor. The man in question was then required to accept a police caution and to volunteer a substantial payment to Help for Heroes.

That is quite enough from me. I would like to thank my usual stalwart team of helpers who somehow managed to maintain social distancing during the stocking in May, also our Wildlife Trust who have done so much efficient and professional restoration work which benefits all wildlife on the river (we even had a swimming grass snake recorded this season) as well as greatly enhancing its fly fishing potential. I do hope you all enjoyed the season despite the many difficulties. However we do have a committee meeting next month, so if you have any concerns, complaints or suggestions please do pass these to the Secretary at: secretary@sdffa.co.uk

And thank you all too, for your kind and complimentary remarks on the catch returns!